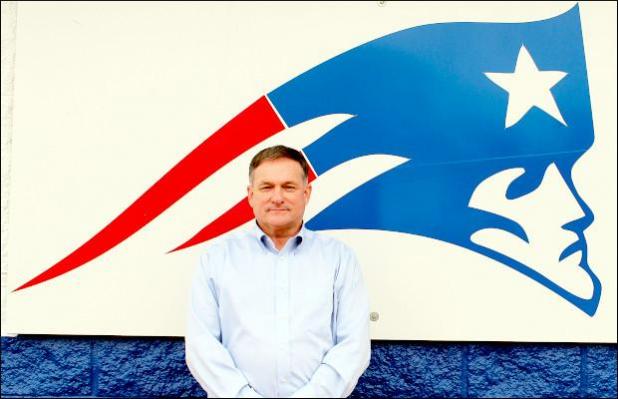 He worked at Marshall Academy from 1999 to 2003, and 17 years later he's returning as the school's headmaster. He will officially take over on June 1.

"We (he and his wife Terri Jo) enjoyed Holly Springs the first time, and we still have a lot of friends there," Banks said. "I'm anxious to get back and get started."

Banks has spent the last five years at Central Holmes Christian School in Lexington, four of those as headmaster. At Marshall, he will replace

Barrett Donahoe, who is leaving after four years to lead Pillow Academy in Greenwood.

"Barrett has done a great job," Banks said. "He has certainly made the job attractive. I certainly want to expand on the positive things that are already in place."

He was in town the week before spring break to spend a day at MA getting to know the staff members.

"I will be getting the ideas of the teachers, other administrators and staff members on ways we can improve, and we will come up with a plan to do that," Banks said.

"The teachers are the heart and soul of the school. Regardless of who is in my position, their position is more important. They are Marshall Academy.

"We all want to work together and make Marshall Academy the best place it can be."

He said the goal is for MA to excel academically, athletically, spiritually, plus in other extracurricular activities.

Banks started a drama club at Central Holmes, and he said it has been "overwhelming."

"We want to encourage our students to grow academically and spiritually and be involved in extracurricular activities," he said. "It's not just one thing ­ it's a combination."

Academically, he said he has a lot of new ideas, like expanding on the ACT curriculum and maybe instituting a career tech program.

"We want to help students identify if college is what they want to do or perhaps another avenue," Banks said. "We want to help students set their goals and then help get them on a path to reach those goals. We will work hard in academics." After leaving MA in 2003, Banks worked at Carroll Academy and then got out of coaching and teaching for five years. He returned to the education arena at Lee Academy (Clarksdale) and then went to Central Holmes.

He is a native of Greenwood, with a bachelor's degree from Delta State and master's from Arkansas State.

He and his wife Terri Jo have three children ­ Cody, 24, who works as a crop duster in Greenwood; McKenzie, 20, who is graduating from Delta State this spring and will be going to Alabama for grad school; and Rylee Jo, 7, who will be in the third grade next year at Marshall. Terri Jo is an academic counselor at Holmes Community College.

Marshall Academy has been growing enrollment-wise the past few years, and Banks said he wants to keep the momentum going.

"I want to recruit new families," he said. "We're in a situation where we can grow. The potential to grow, it's big. It will take a combined effort from everyone ­ myself, the other administrators, teachers, parents, board members. Togetherness, that's the key." Banks will also serve as head football coach at MA, a role he filled when he was at the school the first time. He has also coached football and baseball, in some capacity, at Marvell Academy, Carroll, Lee and Central Holmes. He served as head football coach at Marvell, Carroll and Central Holmes.

"The Marshall job was attractive to me because it was a dual role," he said. "I also wanted to get back into running a football program. When I was away from coaching those five years, I really missed the relationship with the players."

He has already spent some time with assistant coaches Bruce Branch and Jason Taylor.

"I'm excited about working with them," Banks said. "I look forward to getting in and evaluating the personnel. We will do everything possible to be successful."

There will be a focus on fundamentals and good work ethic.

"For all players, we want to raise the expectations they have for themselves," Banks said.