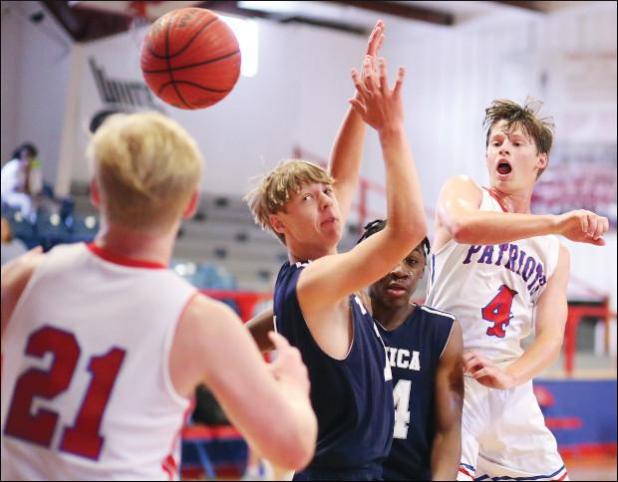 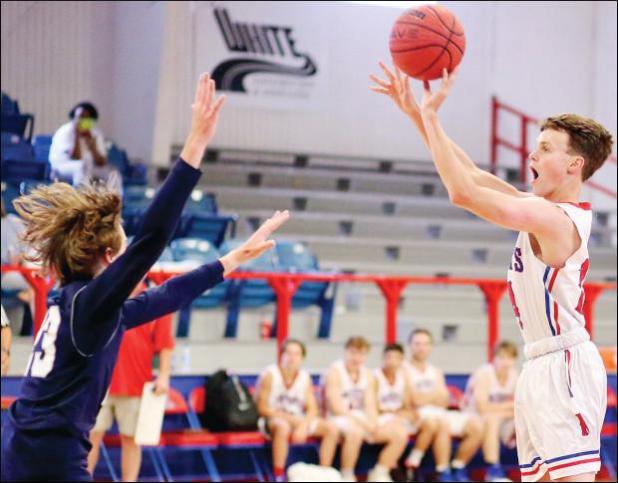 Bo Martin takes a jump shot for the Patriots.

MA has ‘bright moments’ in summer

It wasn’t the normal summer for a team coached by Craig Dailey but in these uncertain times, it was good to just get in the gym.

“COVID-19 put a whipping on my normal summer plans,” said Dailey, returning to Marshall Academy where he previously coached from 2005 to 2015. “Usually we would play from the last week of May all the way to the end of June.”

Those summer league games would be in places like Ingomar, Myrtle and Itawamba Community College, wrapping up with a trip to Madison Ridgeland Academy Camp.

“All of those were cancelled due to the pandemic,” Dailey said.

“Instead we practiced three days a week and waited for someone to agree to play.” In what was most likely the first basketball since COVID-19 hit, the Patriots went to Louisville June 15-17 for games at Grace Christian. Other schools participating including Delta Streets and Discovery Christian.

Marshall hosted a “play day” the next week and matched up against both DeSoto School (Ark.) and Tunica Academy.

“All had their bright moments,” he said.

“We were never at full strength at any point during the summer due to travel baseball, vacations and jobs, but I got a good look at the guys and they got a taste of me. I like what I saw at times.

“We have a good shot at a special year. We just have to get to work, especially on the defensive end, but the pieces are there.

Now it’s time for most of the athletes to go to football and “get serious” in the weight room, he said. “I am looking forward to helping out on the gridiron myself,” Dailey said. “It’s going to be an exciting athletic year at MA. Patriot fans, get ready to come out and make some noise.”

He is back at Marshall after four seasons as the head coach at Tishomingo County, and one year prior to that at Hickory Flat.

Dailey previously led the Patriots to four state championships and an overall crown in 10 seasons.