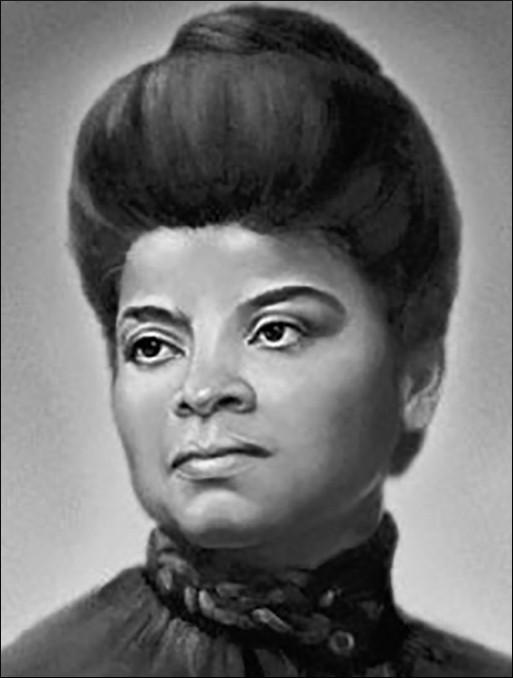 Ida B. Wells-Barnett, the Holly Springs native known internationally for her anti-lynching journalism at the end of the 19th century, has been awarded a posthumous citation from the Pulitzer Prize board, one of the highest honors in journalism in the United States.

The recognition came Monday as the esteemed body announced its awardees in 21 categories of newspaper, magazine and online journalism, as well as in literature and musical composition.

According to the Chicago Tribune, the board based its citation on Wells' "outstanding and courageous reporting on the horrific and vicious violence against African Americans during the era of lynching."

Responses to Wells' Pulitzer Prize citation locally and further afield have affirmed her lasting contributions to journalism, civil rights, and humankind itself.

In a video-recorded statement, Wells' great-granddaughter, Michelle Duster, said of the citation, "That is such an amazing honor. She spent her life sacrificing to tell the truth about what was going on regarding lynching during her time."

Duster went further to speak of the violence and brutality of lynching, and how the perpetrators were rarely if ever brought to justice. Meanwhile, Wells lost her printing business, received death threats and was compelled to flee the South when she documented the lawlessness of those crimes.

"But she never gave up ... I'm sure that future generations and current generations can all be inspired and learn from what she did," Duster said.

Holly Springs Mayor Kelvin Buck underscored that this was one of many recognitions of Wells, who was born here in the seat of Marshall County in 1862.

"Once again, Ida B. Wells is standing tall in this nation, and certainly as a representative of Holly Springs," Buck said. "She is finally getting the recognition she's deserved for a long time with this Pulitzer acknowledgment. I'm proud for our town -- we will make sure that the legacy of Ida B. Wells is not lost."

"We are extremely excited about the recognition afforded to our distinguished former student, Ida B. Wells," he said.

"We hope this will generate further appreciation throughout the country for her. We at Rust are proud to call her a Rustite."

Other academicians offer praise for Wells, including University of Mississippi History Professor Dr. Garrett Felber, who hosted a teach-in about her last spring.

"Ida B. Wells was a prophet, for whom accolades are always deserved yet often belated," he said of the citation. "I hope that with this tremendous honor, people may newly learn her work as well as her name."

Rev. Dr. Terrlyn Curry Avery, a Marshall County native now pastoring a Prebyterian congregation in Western Massachusetts, echoed the admiration for Wells, who was one of the co-founders of the NAACP in 1909. In 2015, Curry Avery chose the Ida B. Wells-Barnett Museum to hold a reading and signing of her own book, "Sacred Intelligence: The Essence of Sacred, Selfish, and Shared Relationships."

"My spirit is filled with gratitude for all the lives she saved from lynching, and my entire being expands with love for Ida B. Wells blazing a trail for me and others," Avery said in a written statement. "She saw what so many others could not (and cannot) see: that her life was purposeful, what she did impacted others, and her legacy would spark change for years to come."

Rev. Leona Harris, executive director of the Ida B. Wells-Barnett Museum in Holly Springs, was effusive in her joy at the announcement of the citation.

"Things like that keep me going," Harris said. "She's my hero. She was a great humanitarian and a great American."

Harris pointed beyond Wells' journalistic accomplishments to the daycare for children and food programs for the hungry Wells started after she relocated to Chicago and married Ferdinand Barnett.

"She got knocked down so many times, but she would just shake the dust off and keep on moving," Harris said. "She was a very spiritual, Christian woman. That's how she was able to do all she did."

Like Rev. Harris, scholar and civil rights activist Dr. Cornel West esteemed Wells above and beyond the citation of her contributions to investigative journalism, implying that the Pulitzer Board in fact favored itself by recognizing her.

"The great Ida B. Wells is too deep for a Pulitzer Prize, but I'm sure she appreciates the acknowledgment with a smile from the grave," he said in a phone interview. "What she represents to us is just so profound when compared to what the Pulitzer is offering."