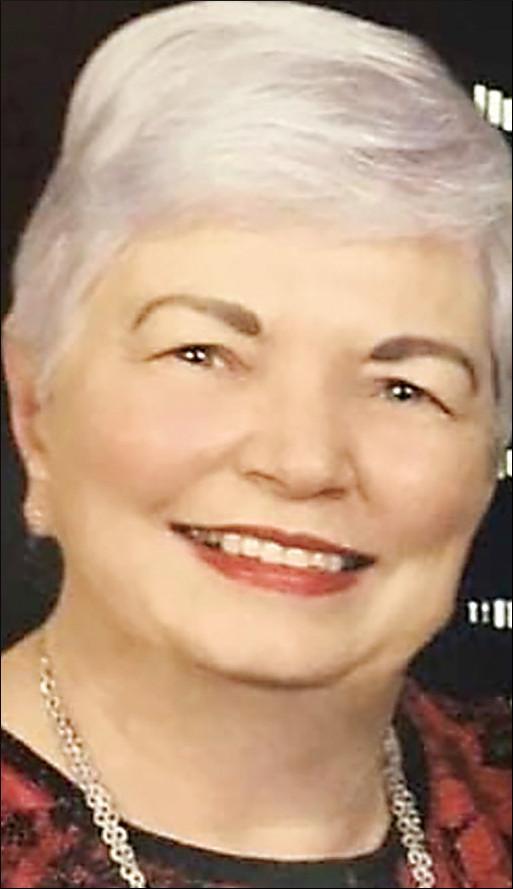 The late Barbara Gilliam is best known for her service to Marshall County at the tax collector’s office.

The chief deputy tax collector was responsible for overseeing the clerks at the counter and for training new deputies, among other duties.

Tax collector Betty Byrd was office manager under tax collector/assessor Bobby Fant when Gilliam arrived 24 years ago. And she was loyal to Byrd to the end.

“Barbara campaigned for me every day of her life,” Byrd said. “She was my number 1 supporter” First and foremost, the clerks and Byrd said Gilliam, who died October 28, was like a mother hen to all who worked with her. She sat at the counter up front where she gave personal service to those who wanted it. Especially, she helped truckers, Byrd said.

Gilliam and her late husband Jimmy ran a trucking company at one time, so she handled all the truck tags.

Gilliam rarely called in sick. She was the first to arrive and one of the last to leave, especially on snow days.

“She had an unbelievable work ethic,” Byrd said. “There’s no filling those shoes. She had a wealth of knowledge – attained the highest level in tax collecting you could attain.”

She trained new employees like Melanie Alexander, who she trained for her first three weeks before she was sent to the Byhalia office.

“She would show me if I was fixing to make a mistake,” McAlexander said. “I didn’t know whether to be scared or offended. In the last year in this office we’d get tickled at her. She’d get set on something and that was how it was. There’s a big empty space here. Once you got to know her, you loved her.”

Gilliam just four years ago learned the state’s new computer system. And she was a whiz at using the cell phone.

She loved children and grandchildren and never missed one of their ball games. And was very patriotic.

“She was a true American and loved the flag and everything it stands for,” Byrd said. “And she was a fine Christian lady. They didn’t come any better.”

Cameron Rhea started at the tax office in 2015, one of Gilliam’s trainees.

“She basically took me and brought me up to speed,” Rhea said. “My main point is that she loved her grandkids and was so proud of them. She loved her friends and her coworkers. She didn’t mind giving me orders. She loved to give orders like a school teacher.”

Gilliam was part of a breakfast club that met at Flick’s in Potts Camp before work. She often called the office to see what others wanted her to bring them. And she went to Flick’s with a group every Wednesday night. Friday night the group went to Laws Hill Fish House.

When she noticed someone needed something she bought it for them, said Annie Davis, with housekeeping.

“She was motherly to me,” Davis said. “She’d take care of me and make sure I had coffee or snacks. She’s just a mother. She’d think of things to give you. She noticed the needs of others.”

Byrd said each year Gilliam would come to her and say, “I think I am going to go another year.

“I would tell her, you can’t retire until I retire,” Byrd said.

“She was always a good problem solver,” Taylor said. “She was a take-charge person and if something was kinda crazy she would say, `Lord Help.’ I called her Dr. Gilliam. She’d tell us what we needed to do about our health – take vitamins. And she was a good organizer and planned office parties. And she liked to keep the streets hot. She liked to go.”

June Wilson remembers Gilliam as the first person to go to in the office with a problem. If Gilliam couldn’t solve it she’d go to Byrd.

“A lot of people wanted her to wait on them,” Wilson said.

Byrd said there is a pecking order in the office with customers.

“Nobody loves us to begin with,” Byrd said. “Barbara’s job was to put that fire out when someone came into the office angry.”

Rosalyn DeBerry said Gilliam was more like a mother figure. She stressed getting to work on time.

Byrd said in many offices you can’t put a bunch of women together but in the tax collector’s office it is amazing how the clerks work together.

“It’s really amazing it works as good as it does,” she said.

Tears came to Byrd’s eyes as she described the funeral procession that took Gilliam by the tax office for the last time.

Bro. Steve Wilson, who spoke at Gilliam’s service Sunday, told those who stood at graveside, “You are going to have to stand up, but it takes a minute to honor a queen.”