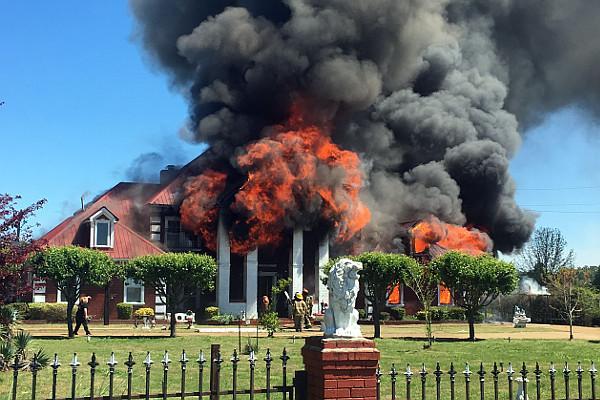 The cause of a fire that destroyed a home on Cayce Road Friday remains under investigation.

Tracy Jeffries, Marshall County fire investigator, said the homeowner was working in a separate office building on the property when she heard a “loud bang.”

“She said she thought it might have come from a construction company next door, but then she heard it again, and saw the smoke (coming from her residence),” Jeffries said.

The state fire marshal and ATF officials visited the scene Monday with Jeffries to begin their investigation into the explosion and fire.

“It’s possibly gas-related, but we have not pinpointed what triggered it,” Jeffries said.

Matt Oakes, chief of the Cayce Fire Department, said firefighters received the call to the fire in the 4900 block of Cayce Road at 1:58 p.m. Friday.

“With a fire that size, you are not going to put it out – no matter how much water you put on it,” Oakes said. “We did the best we could do.”

He said firemen protected the other structure on the property.