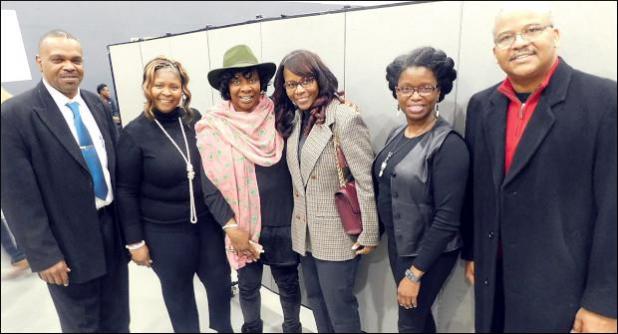 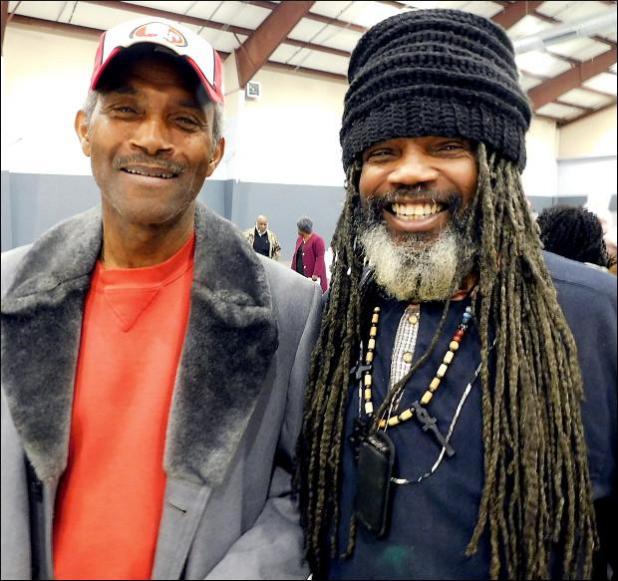 DeBerry says it's time for awakening

A crowd of about 250 turned out for the annual commemoration of Martin Luther King Jr.'s Birthday.

The NAACP theme, "When We Fight, We Win," was repeated over and over by keynote speaker Dale DeBerry.

He was introduced by Johnnie Houston, who said she and DeBerry were predestined to be there together at the MLK breakfast for several reasons.

"First through the blood of Christ," Houston said.

Then through the births of Ruby L. (Lester) DeBerry and Joe T. Lester -- sister and brother.

Further they were destined to be there because it was what is right, she said. Then fourth, they came together in the Marshall County NAACP and decided, "if we fight, we win."

"Your purpose to be here today," Houston told the audience, "is that you were destined to be here and committed to the fight. Somewhere in your spirit, you are committed. No matter the age, injustice is injustice. If you are between 18 and 25, I ask you to unify with these next ones on the scene. Unless we blaze the trail, we are going to be in trouble."

Houston is the daughter of Joe T. Lester, brother to Eric Lester.

Explaining further, Houston said everyone is entitled to their opinion about the speaker.

"He will bring the individual and us personally together," she said.

A student of the Bible, DeBerry is a man who makes no excuses about his choice to grow his locks out into dreads. He carefully weighs his words offering peace and unity to people of peace and unity.

He intoduced his topic, "A vision without action is merely a dream."

DeBerry referred to Ezekiel 37: 1-14, where the prophet is shown a vision of the Valley of Dry Bones and is commanded to prophesy that the bones will be resurrected by the covering of tendons, flesh and skin -- a metaphor for the restoration of Israel under the leadership of King David.

The people of Israel were like the living dead (dry bones) and new life depended on God.

DeBerry clearly meant the metaphor for the audience.

"Many people look at us as dry bones," he said. "God asked him, can these bones live?

"The answer was only He knows. You must first know who you are fighting. And you go around the world looking for your enemy. And you are your enemy."

DeBerry then read from Ephesians 6:11; "put on the whole armour of God."

"Stop crying out to our government," he said. "The state of Mississippi provides for more black children and the mother won't say anything about her husband who is not providing for his family. She will say he is a good provider, when he isn't."

He said God shows him how to wear his hair.

"My white brothers and sisters are also in this struggle with us," he said. "It's the spirit that dwells inside you (not what your body looks like), that speaks."

"I'm going to tell my black brothers and sisters, there's a lot of you who look like me who don't like me. It's human rights when you realize you are human. They (the other persons) love your children and you love their children. We are one (humanity).

"The mission of the Devil is to divide you from God."

DeBerry said this is the true time for an awakening.

"When you are unconscious, you are not aware of anything around you. You are asleep," he said. "When something internal or external awakens, the truth will lead you into consciousness. Consciousness is when you interact with your own surroundings."

He said the struggle is not important to some people until it becomes their son who is in trouble or has died.

"What are we going to do?" DeBerry asked. "Are we going to rise up? Is it time to bury the hatchet or to break that hatchet handle? There comes a time when you have to go into battle. If you want what God has for you, you have to act on what God wants you to do.