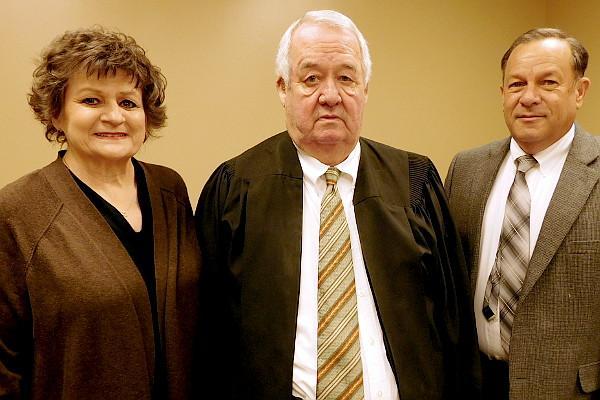 After almost 20 years as a judge for the 18th Chancery District, Glenn Alderson is retiring.

Qualifying deadline for candidates is May 8. So far, Larry Little of Oxford and Sarah Liddy of Holly Springs have qualified to run. Alderson has served in Position 1 of the Chancery Court.

Chancellor Bob Whitwell, who was appointed to Position 2 to replace judge Ed Roberts when he retired, has worked the district court with Alderson. Whitwell said Alderson was a great help to him when he came to the bench in 2013.

Alderson will take Senior Status and can try cases when other judges have to recuse themselves after he retires December 31, 2018. Alderson will serve as Senior Judge as does Judge Henry Lackey with Circuit Court.

“Judge Alderson is an outstanding chancery judge and has been like a mentor to me,” Whitwell said. “He helped me as I was getting started in the judgeship.

“He prides himself in ruling on the facts of the law without politics or personality. He will be sorely missed at the bench.”

Alderson said he doesn’t want to retire “but it’s time. I’ll be 78 this year.”

“This is not the easiest job,” he said. “I’ve noticed as time passes that the family unit system is deteriorating. It appears to me that a lot of the people who are getting married now are not taking their vows seriously.

“They bring children into the world and they split up, and the children are left hanging. Neither one of the parents can afford to take care of the children. The grandparents are the ones who are raising the children now.

“I’ve thoroughly enjoyed the last 20 years. The people of the 18th Chancery District have been very good to me and I appreciate it. I look back on this 20 years with fond memories.

“This has been a very stressful job and I have not allowed politics to enter the decisions of chancery court. All decisions I have made have been based on the law and the evidence.

“I didn’t want to be on the bench and them have to lead me off. I wanted to leave on my own terms. I am taking Senor Status and I will go around the state. You can pick and choose which cases you want.”

Court recorder Jean Sparks said it has been a pleasure to work under Judge Alderson. She has been with Alderson the entire 20 years and served under Judge Anthony Farese 12 and a half years before that.

Alderson graduated from Ole Miss School of Law. He served as prosecuting attorney in Lafayette County for 16 years - 1968 to 1984. Then he served as municipal judge for 10 years and had a private law practice.

He lost his wife Jackie in 2006. They have two children, a daughter Laura, and a son, Glenn Jr., who is in Oxford and has retired. Laura recently graduated with a Ph.D. from Memphis State University with a degree in marketing.

Alderson is from a family of seven, with three siblings now deceased, the first a little brother at the age of 5. He is the son of the late Vettra and Louise Alderson.