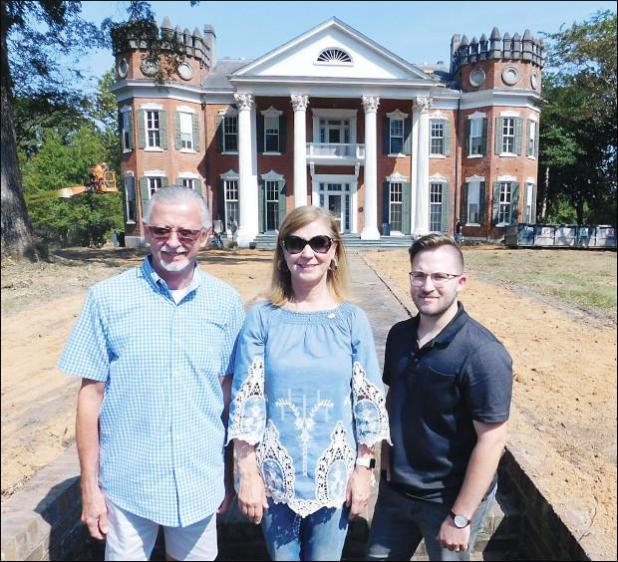 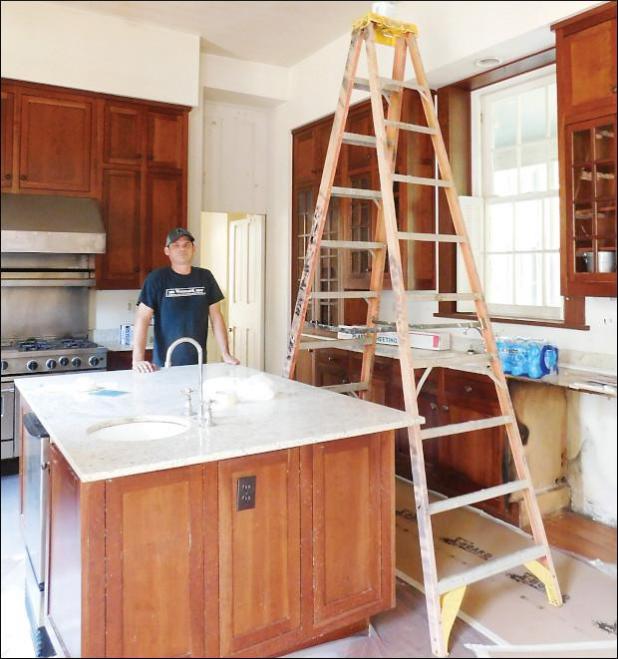 Photos by Sue Watson
Chad McNair, with Mid-South Interior Solutions, is pictured in the kitchen at Walter Place. The island will be extended and a dishwasher will go under the counter to the right. 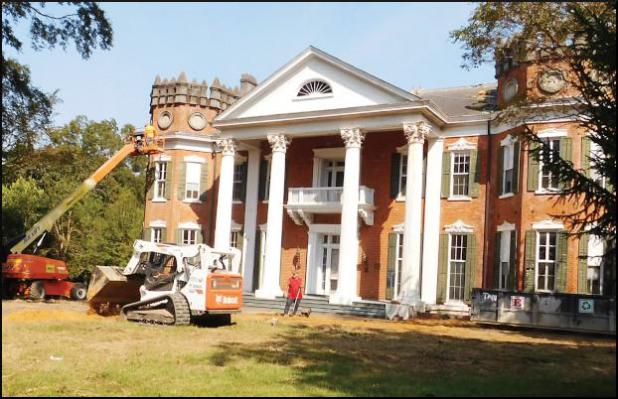 Bringing it back to life

“We hope to be open for pilgrimage,” said an excited Terry Cook, new owner of Walter Place.

He has always wanted to own an antebellum home. He recently bought Walter Place, after it had been on the market many years, and went to work on restoring the 1850s mansion on Chulahoma Avenue in Holly Springs.

“This house was in such a state of deterioration. It was just breaking my heart,” Cook said.

He said he purchased the house and 12 acres that includes the walking park. The house still has some of its inhabitants, colonies of German and Italian bees. They are going to be relocated to Hudsonville with beekeeper Robin Pigot.

The bees have been nesting under the cornices for 10 to 15 years.

Cook, who owns a large warehousing business, said he hopes to get the house restored in about three months. He will also start to work on the park this fall. Landscapers, led by Korbin Stanton with Southern Turf & Irrigation, are clearing back the vines and brush from around the mansion, in the old flower beds and around outside structures such as the reflecting pool and gazebo on the west side of the mansion.

Any damaged wood on the exterior will be replaced and all wood will be freshly painted.

Cook said the colors will be different outside and inside.

The interior plaster will be repaired and everything inside will be repainted. Cook is excited about getting the mansion ready for visitors. In fact, visitors, including some from Alabama, Arkansas and St. Louis, Mo., have stopped by already.

“We have visitors and sightseers and locals daily,” he said.

Timothy Garner is the residential designer on the project.

He will help choose the chandeliers, revamp the bathrooms and install new countertops in the large kitchen.

Outside low profile shrubbery will be installed, the shutters will be refreshed, and the fencing will be fixed up.

“We are trying to keep as much of the original as possible,” said Garner.

There will be limited modernization in the kitchen.

The cabinets in the kitchen will be repaired where needed. A space for a new dishwasher has been made under a counter. Some new cabinets will be installed and an exatended sitting area will be added to the original island.

In essence, the original footprint of the house will be preserved, said Chad McNair, with Mid-South Interior Solutions.

Luckily, some of the original molding and roof tiles were found stashed in the basement. They are Civil War-era materials.

The house has 15-foot ceilings and the doors are 10 to 12 feet tall, McNair said.

He loves the doors most of all.

With cooler, dry weather, this is a good time to pull over to the curb in front of Walter Place and let the sightseeing begin.